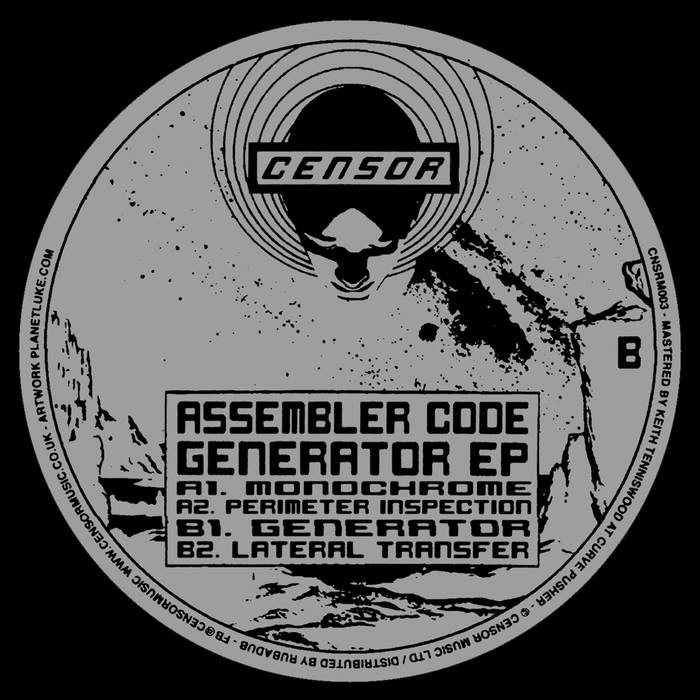 Monochrome initialises the release with a powerful, yet claustrophobic lead bass designed for the harder floors, which is driven continually forward through a focused drum workout that Assembler Code is so well known for.
Perimeter Inspection creates deeper contrast on the A-side via ice-laden synths that intrigue and breathe to allow space and time to be torn away from the super-controlled beats.
Generator is the outer on the B, and gets straight to work via an evolving, electric drum sound that arcs, twists and races alongside intuitive bass edits all accompanied via a tripped out vocal ready for the dark rooms.
Lateral Transfer is the final track of the EP and cuts through dimensions one world at a time using a sonic network of vocal triggers, saturated bass elements and hard-wired percussive sounds straight from the Assembler Code mainframe.

DJ Mag chose this EP as the electro pick of the month in the March 2020 edition: "Essential Club Material'.

Bandcamp Daily  your guide to the world of Bandcamp

Featuring Gary Bartz, 5 years of Rhythm Section Intl and an LP of the week by Nicolas Jaar